In remote areas or on the beach, it can be particularly annoying when your devices run out of battery. Anyone who also navigates with their mobile phone or a GPS handheld device depends on a sufficient charge oftentimes with an additional power source. This is why solar chargers and power banks are becoming increasingly popular. 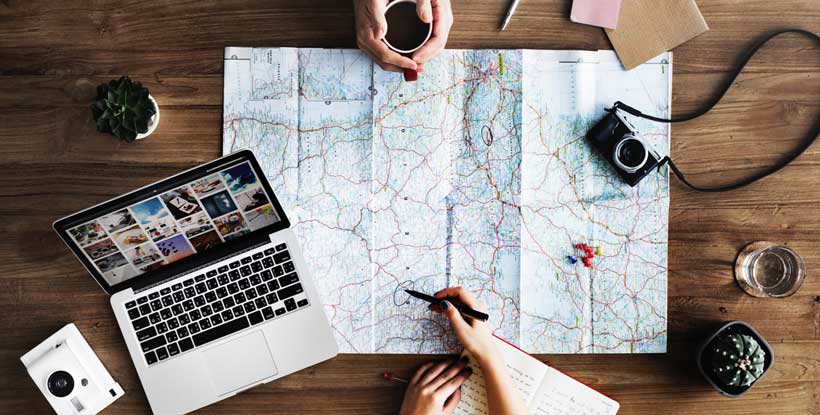 The rapid technical development of the past few years has reinforced the trend towards solar charging even further: where previous solar chargers performed poorly, the Wing6, our folding solar charger which fits in your pocket, delivers charging currents of around 5-6W. This equates to a conventional iPhone plug-in power supply or about 650% of an original Samsung charger for the Galaxy S2 – S7 (quick charger).

With a power bank or the patented PowerBooster of the Sonnenrepublik, it is possible to charge your device even when the intensity of sunlight is low.

When travelling and especially when hiking, space and weight are important. That’s why lightweight folding chargers are particularly practical. They are only open during use and take up only about half or a third of the volume when folded.

The Wing12 has roughly the equivalent double charging current of 2A as an iPad charger or a Samsung fast charger. When folded, the device measures only 15 x 26 x 2.5cm and weighs 380g.

Furthermore, a conventional USB 2.0 port on the PC only delivers a maximum charging current of 0.5A, the newer USB 3.0 standard a maximum of 0.9A. So compared to a USB port, a solar charger like the Wing6 is more powerful.

Whether hiking through the mountains, on the beach or braving the desert, durability and resistance are particularly important. That is why we offer our equipment in Cordura, a nylon (polyamide) fabric that is especially tear-resistant and is also used for other outdoor equipment such as motorcycle clothing.

If you prefer a natural material, you can also choose a fabric made from Portuguese natural cork. It is not quite as resistant as Cordura, but can also cope with common stresses that can occur by daily use. Never the less the natural material is high quality, looks stylish, and is environmentally friendly. Currently we are the only suppliers to manufacture solar chargers with an outer material made of natural cork.

In both variants, integrated glass fibre reinforcements are used to increase stability.

But not only the outer material is important, the film on the solar cell side must both protect it and allow as much sunlight as possible to pass through. This is why our Wing6 and Wing12 solar chargers have a specially structured protective layer of fluoropolymer, which is extremely resistant and durable and yet does not impair the performance of the devices. Other suppliers commonly use the much cheaper PET, which turns yellow after a few years.

A solar charger and a power bank (i.e. a small Li-ion battery) are the ideal combination when travelling. The power bank can be charged by solar energy if the device is already full or when the solar intensity isn’t enough to charge the device directly. It can also be used as an energy source at night or at low light intensity.

Another advantage: many mobile phones, tablets and other devices require a minimum charging current. For example, the iPhone needs approx. 400mA, the iPad approx. 800mA. This means that when the sunlight intensity is weaker, a conventional solar charger may not meet the threshold and the power output will be terminated. A power bank can temporarily store this energy and thus ensure a higher charging current when it is actually needed.

The patented Sonnenrepublik PowerBooster goes even further: its technology increases the charging current of the solar charger to up to 1.5A, thus ensuring stable and low-loss charging of USB terminals.

Another less sensible way of dealing with the “minimum charging current problem” is to be found with some many cheap solar chargers and is often described with terms such as “Smart Power Chip.” Here only the current below 400mA is completely separated. This results in no current flow, even though considerable amounts of energy are lost.